According to multiple reports, fans sitting in one section of FTX Arena received $500 worth of crypto just to kick off the new season. Anthony Pompliano, Miamian and Bitcoin bull said not to sleep on FTX’s partnership with the basketball team.

FTX just gave $500 in crypto to every person sitting in one section of the arena for the Miami Heat season opener.

Don’t sleep on how powerful this sponsorship will be. pic.twitter.com/Hs15yIFcaB

In addition to the crypto giveaway, FTX also gifted the entire stadium a free T-shirt with a QR code on the back that unlocks a limited edition FTX Arena non-fungible token (NFT). On the front, the shirt says “You in, Miami?”

All @MiamiHEAT fans in attendance at tonight’s game will receive a free “You In, Miami?” t-shirt! 👕

By scanning the QR code on the back, they’ll unlock this free, limited edition FTX Arena NFT.

FTX CEO Sam Bankman-Fried was at the game with his crew sporting the shirt for opening night as well. 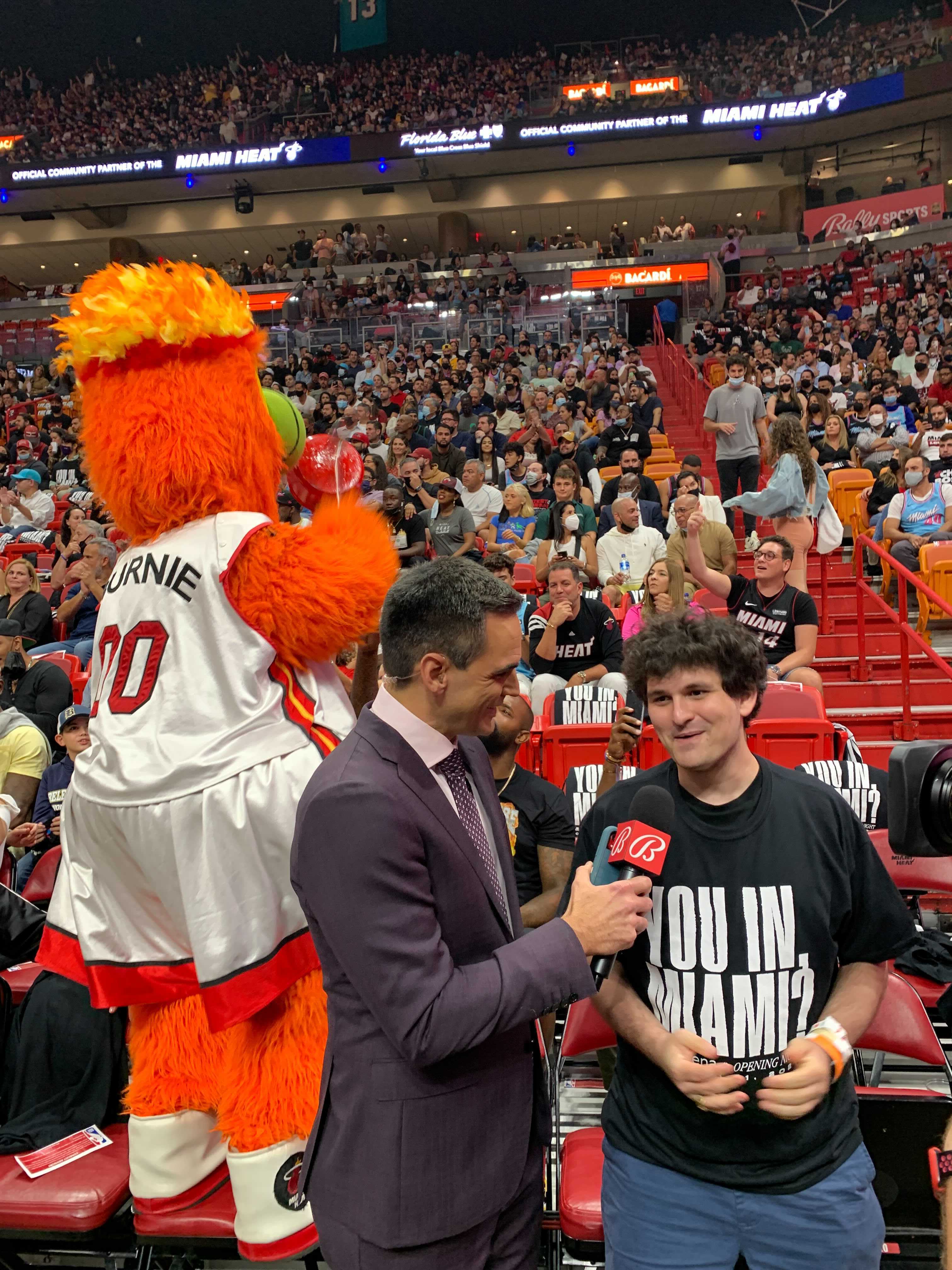 FTX first gained naming rights to the Heat’s stadium in April, and in June the NBA signed off on the $135 million partnership with the team. Much of the money is reportedly going to the county’s social programs. “In the end, it’s not my passion for sports that matter,” Bankman-Fried said. “It’s what we can do for the business and the county and the team and the partnership that matters.”

Earlier in the year, FTX also entered a sponsorship agreement with Cal Athletics’ multimedia rights holder Learfield, and received naming rights to their California Memorial Stadium. The deal was $17.5 million which was fully paid in crypto. Cal Director of Athletics Jim Knowlton seemed pleased to partner with the crypto derivatives exchange.

“FTX is a growing company at the forefront of innovation in an emerging technology, one that fits well at both Cal and in the Bay Area. This agreement extends well beyond field naming rights, which is part of our strategic plan to diversify revenue streams in support of our student-athlete experience, and includes commitments for our Cameron Institute, Cal Veterans and students in need here in Berkeley. We are looking forward to building our relationship now and in the years ahead.”

Considering FTX is just a two year old company, the exchange’s nine-figure investments in sports teams could be considered bold. However, FTX’s growth has been parabolic with no end in sight yet. The company was valued at $25 billion in its latest capital raise of $420 million. Its user base has grown 48% and its average trade volume 75% since July. FTT, its native token has also exploded throughout the year, currently trading just above $65, which is more than a 1000% gain since the beginning of the year.