The U.S. Treasury has clarified that the crypto miners and wallet operators are exempt from the Internal Revenue Service’s reporting rules.

In a letter sent to a group of senators on Friday and first seen by Bloomberg, the Treasury addressed concerns that the recently passed infrastructure bill would capture virtually all entities in the crypto industry under the term “brokers.”

“Appreciate the Treasury Department affirming that crypto miners, stakers and those who sell hardware and software for wallets are not subject to tax reporting obligations,” Senator Rob Portman said on Twitter, posting a screenshot of the letter.

“As I have said from the start, this requirement only applies to brokers.” 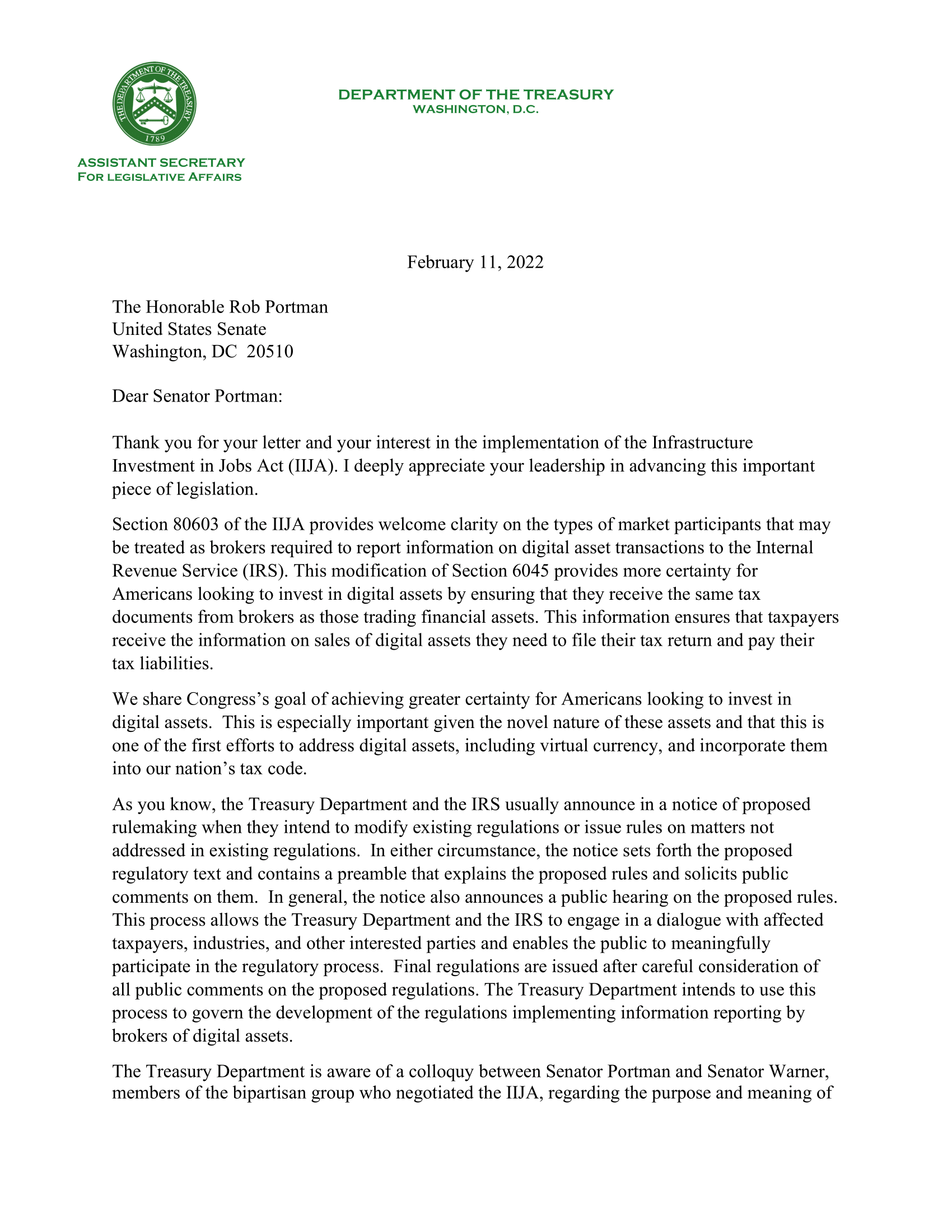 In the letter, Treasury Assistant Secretary for Legislative Affairs Jonathan Davidson said the department’s view is that “ancillary parties who cannot get access to information that is useful to the IRS are not intended to be captured by the reporting requirements for brokers.”

Davidson’s comments essentially confirm that people who validate transactions through mining or staking, as well as crypto technology providers, are not included in the infrastructure bill’s reporting rules. Prominent figures in the crypto industry previously protested the idea that such entities be included in tax reporting rules, given that there is virtually no way for them keep track of every aspect of each transaction, making compliance nearly impossible.

According to Bloomberg, Davidson said the Treasury intends to issue “proposed regulations in the future that reflect its thinking on the broker definition.”

Senator Pat Toomey, leading Republican on the Senate Banking Committee, told Bloomberg in an email that he was encouraged by the Treasury’s letter but still wanted lawmakers to take it a step further and pass legislation codifying their clarifications.

“This interpretation can always change, which is why Congress should act,” he said.